Through today’s decisions and actions, we are making a choice between two futures for the HIV and AIDS epidemic. A remarkable, decades-long global effort has given us the capability to end AIDS as a public health threat. It’s doable, affordable, and would have huge benefits for key populations, women, youth, and our communities. Yet, the global political will to end AIDS is at risk, raising the specter of a major resurgence of the epidemic in the 2020s, with millions of lives at stake.

This symposium focused on the role of religious leaders, communities, and institutions in choosing between the two futures. Participants discussed and articulated the reasons that the interaction between religion and AIDS has sometimes been a barrier to successfully fighting the epidemic. Panelists identified ways that the role of religious actors can be strengthened during the coming decade, through the delivery of HIV services, the reduction of social barriers such as stigma and discrimination, and strong global advocacy about the moral imperative of ending AIDS. They also discussed ways to coordinate the religious response across different traditions. A practical, immediate focal point is active religious engagement in the twenty-third International AIDS Conference in San Francisco in July 2020.

This event was co-sponsored by Georgetown University's Global Health Initiative and Berkley Center for Religion, Peace, and World Affairs, the International Shinto Foundation, and the World Faiths Development Dialogue. 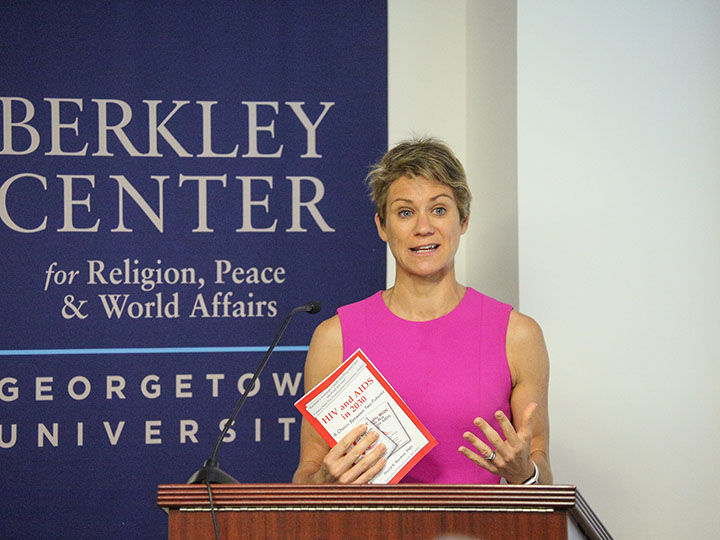 GHI Executive Director Maeve McKeen welcomes attendees and highlights the book "HIV and AIDS in 2030: A Choice Between Two Futures." 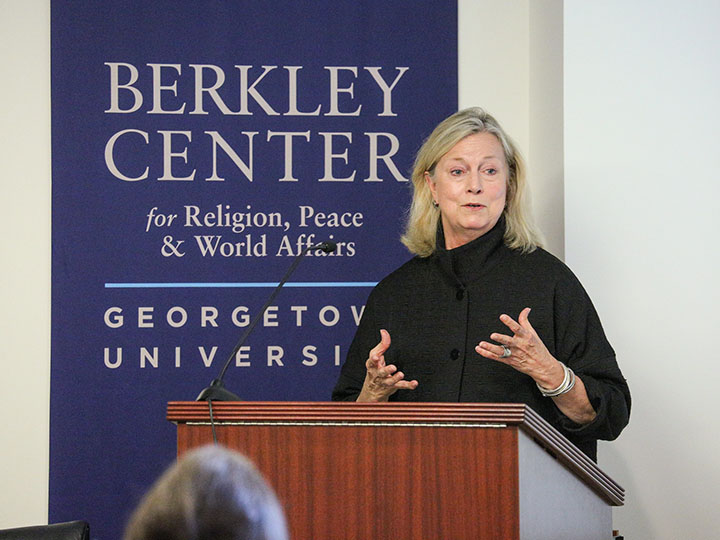 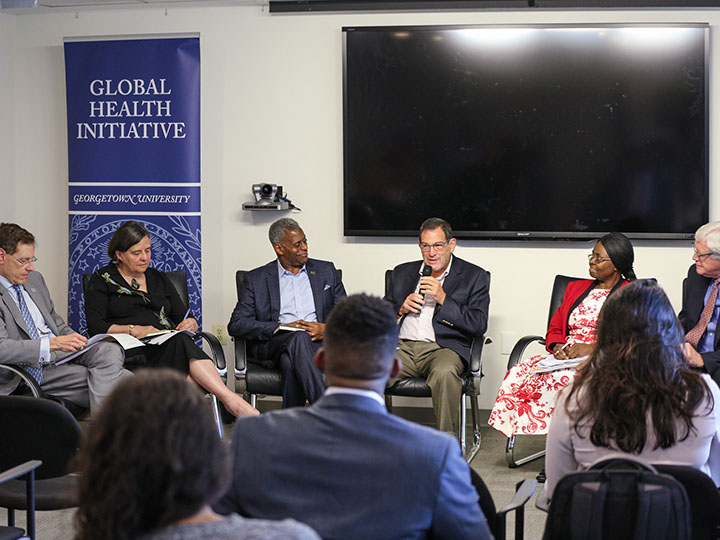 Panelists discuss how religion has helped and hurt the global HIV/AIDS response. 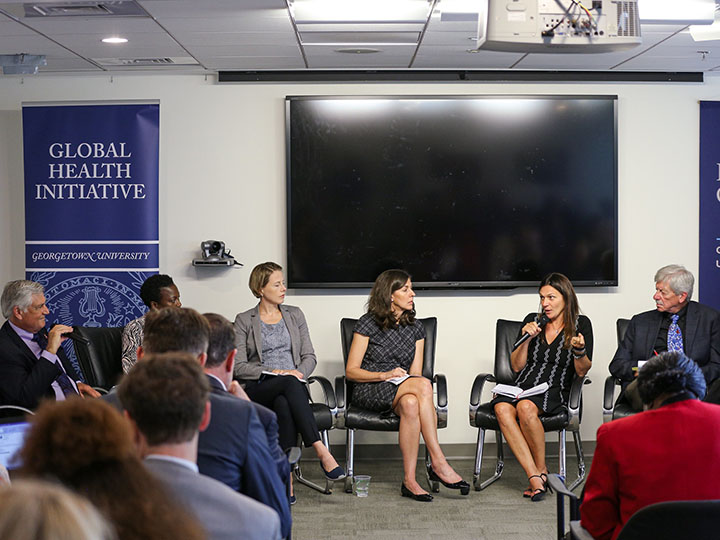 Members of the second panel consider what faith-inspired action to end AIDS will look like moving forward.