The Georgetown University Global Health Initiative sponsored a briefing on the United States healthcare system and the Affordable Care Act (ACA) on February 12, 2018.

The briefing, provided by Georgetown faculty experts and designed for embassy and mission officers tasked with monitoring health and related policy issues in the United States, offered an overview of the U.S. healthcare financing system and examined the current status of the ACA, including state-level Medicaid expansions. The briefing was convened by Ambassador (retired) Jimmy Kolker of the Center for Global Health Science and Security and John Monahan, Senior Advisor to President DeGioia.

“The ACA has significantly expanded health insurance coverage—reducing the number of uninsured from roughly 50 million to 30 million people. That was no small feat, given the political challenges,” said Judy Feder, professor at the McCourt School of Public Policy.

For example, Kevin Lucia, research professor with the Center on Health Insurance Reforms at Georgetown University, spoke to the importance of ACA’s private market reforms. The ACA essentially sought to improve access to nongroup health insurance and to make that coverage more affordable and protective.

According to Lucia, the ACA created an interlocking set of policies often analogized to a three-legged stool. The first leg: consumer protections that require insurance companies to sell their plans to everyone and that prohibit them from excluding coverage for preexisting conditions or charging a higher premium to those who are sick. The second: financial assistance, in the form of premium and cost-sharing subsidies for those at the middle and lower ends of the income scale, to make coverage more affordable. The third: a financial penalty—the individual mandate—for those who can afford to get coverage but choose not to.

Lucia noted that, with repeal of the individual mandate and other regulatory steps that the Trump Administration has recently taken to undermine the ACA, “consumers are now likely to face higher premiums and less plan choice for individual market policies.”

Tim Westmoreland, professor from practice at the Georgetown Law Center, outlined how the Medicaid expansion envisioned under the ACA sought to ensure that all persons below a certain income level would be eligible for health coverage through Medicaid. But shortly after the ACA’s passage, a U.S. Supreme Court ruling held that the federal government could not require states to enact Medicaid expansion, allowing states the option to expand coverage.

In the intervening years, 32 states—including the District of Columbia—have exercised their option and expanded their Medicaid programs. The decision to expand, according to Westmoreland, largely boils down to politics and geography.

“The vast majority of the really urban states—New York, New Jersey, and California—have expanded the Medicaid Program, so in those states, anyone under the federal income level is eligible for health insurance through Medicaid,” said Westmoreland. “Of the 19 states that have not expanded coverage, most are in the American South and the Southeast.”

Following the remarks of the Georgetown faculty, embassy officers were invited to ask questions about the U.S. healthcare system. Topics of discussion included the likelihood of a “single-payer” or “public option” program, the concept of a “right to health,” and the ramifications of premium increases on the insurance marketplace.

In addition to U.S.-focused discussion, embassy staff also shared their international perspectives. Representatives from seven embassies were in attendance, giving participants the opportunity to compare U.S. healthcare dynamics to those of countries such as Namibia, Lesotho, and Belgium. 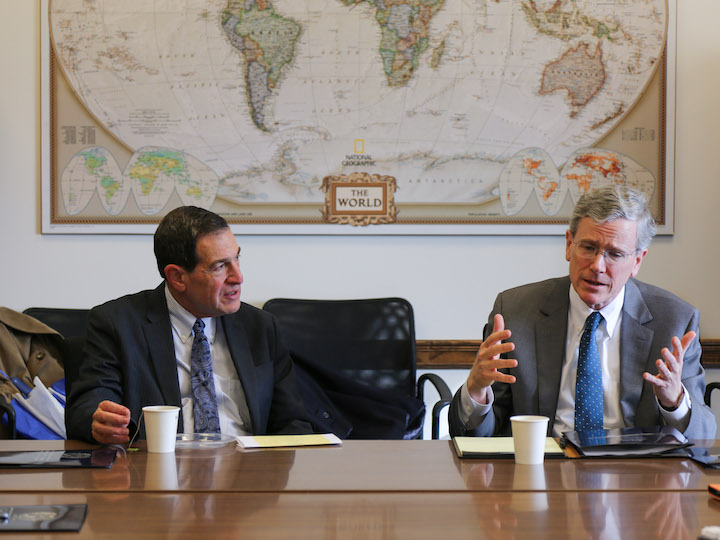 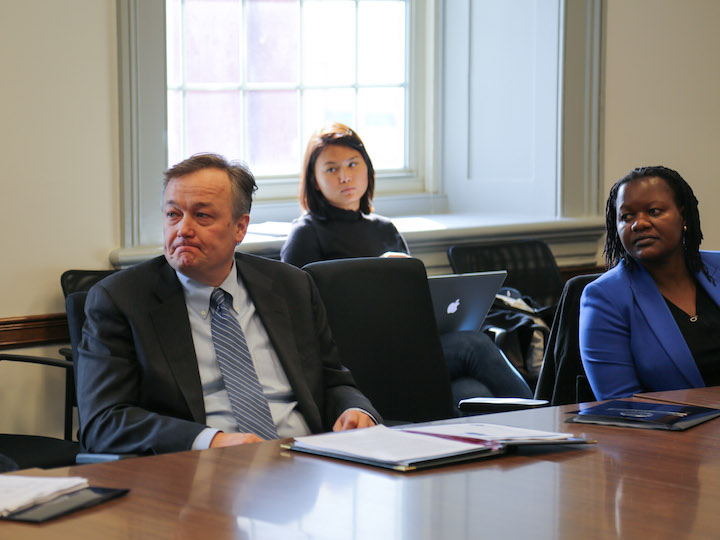